Today we have Patrick Rutigliano in the interrogation seat. 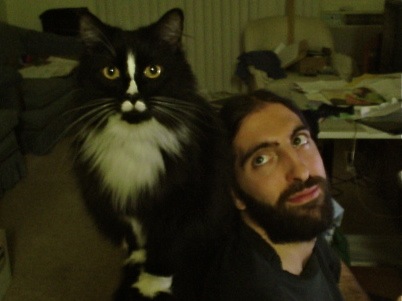 Patrick made his way as a fry cook, cart monkey and feral cat tamer before going into business for himself. Working as an editor and proofreader in addition to writing, his first independent release, “The Untimely Deaths of Daryl Handy,” hit Amazon in 2013. His newest book, “Wind Chill,” was released by Crystal Lake Publishing in 2016.

During his off time, Patrick can usually be found attempting to recreate foreign cuisine, performing the solemn duty of feline waterbed and having spirited debates with his wife over the failings of Disney villains.

You can stalk Patrick on: http://www.patrickrutigliano.wordpress.com
“Wind Chill” is available here: https://www.amazon.com/Wind-Chill-Patrick-Rutigliano-ebook/dp/B01BAVTZ7Q

The desire to silence the voices in my head. It’s an awful thing to have them all shouting in there at once.

Lifelong fandom. I’ve been geeking it up pretty much since I started watching movies. I cut my teeth on the Universal monsters as a little kid and have been going ever since.

The Great and Secret Show.  And 20th Century Ghosts if you don’t mine me throwing a collection in, too.

A really original back cover description and a great cover. 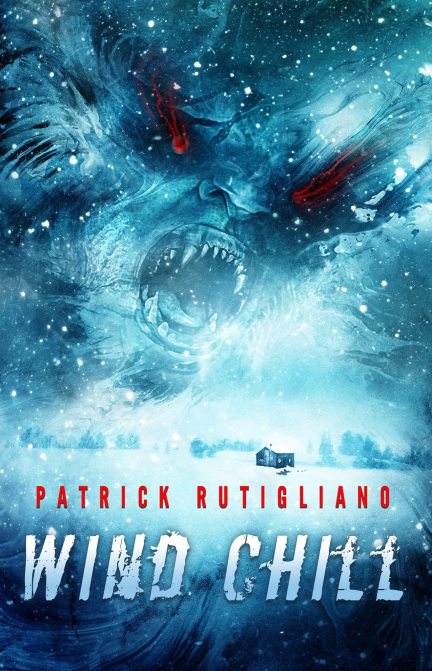 That’s kind of like asking me to pick a favorite child! Sherlock Holmes is definitely up there, though. If we’re talking across all media, I’ll throw in Jack Burton and Indiana Jones, too.

I usually have a loose outline in my head and let the blanks fill themselves in.

Sometimes. I did once have a protagonist who completely altered a major plot point because she wouldn’t abide it.

Silence. I detest anything distracting me while trying to write.

It really depends on the content. I do it as necessary, but generally gravitate toward stories that don’t require me to break rhythm to look stuff up.

Facebook. I’m not a big fan of having my thoughts hemmed in by character limits.

Well, the pay rates are often roughly what they were nearly a hundred years ago (which is beyond ridiculous). It can also be frustrating to strive for the new and unique while knowing there’s probably very little market for it.

Remember to hit that subscribe button to keep up with all the news, reviews, and interviews. And feel free to leave a comment or three. It’s always nice to hear from you guys.