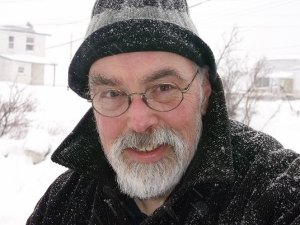 William Meikle is a Scottish writer, now living in Canada, with eighteen novels published in the genre press and over 300 short story credits in thirteen countries. His work has appeared in a number of professional anthologies and magazines. He lives in Newfoundland with whales, bald eagles and icebergs for company. When he’s not writing he plays guitar, drinks beer and dreams of fortune and glory. Check his work out at http://www.williammeikle.com

I didn’t chose writing, it chose me. The urge to write is more of a need, a similar addiction to the one I used to have for cigarettes and still have for beer.

For me it’s mainly inspiration. I wouldn’t write at all if the ideas didn’t present themselves in my head. I find I get a lot of ideas clamouring for attention all at once. I write them down in a notebook that never leaves my side, and sometimes one of them gathers a bit more depth, and I get a clearer image. At this stage I find myself thinking about it almost constantly, until a plot, or an ending, clarifies itself.

Once I’ve written down where the story should be going it quietens down a bit. Then, if I find myself still thinking about it a couple of days later, I’ll probably start writing the actual story. At any given time I have about 20 ideas waiting for clarity, two or three of which might end up as finished works.

That’s the inspiration part. And that continues when I start putting the words on paper.

There is also a certain amount of perspiration, especially in writing a novel. But I find if it feels too much like work, I’m heading in the wrong direction and it usually ends up in the recycle bin.

And, yes, there’s a certain degree of desperation in that I want to get better, to make the big sale, to see my name in lights, all that happy stuff. But I try not to think about that too much. 🙂

It’s not so much horror for me, as pulp fiction.

Tarzan is the second novel I remember reading. (The first was Treasure Island, so I was already well on the way to the land of adventure even then.) I quickly read everything of Burroughs I could find. Then I devoured Wells, Dumas, Verne and Haggard. I moved on to Conan Doyle before I was twelve, and Professor Challenger’s adventures in spiritualism led me, almost directly, to Dennis Wheatley, Algernon Blackwood, and then on to Lovecraft. Then Stephen King came along.

There’s a separate but related thread of a deep love of detective novels running parallel to this, as Conan Doyle also gave me Holmes, then I moved on to Christie, Chandler, Hammett, Ross MacDonald and Ed McBain, reading everything by them I could find.

Mix all that lot together, add a hefty slug of heroic fantasy from Howard, Leiber and Moorcock, a sprinkle of fast moving Scottish thrillers from John Buchan and Alistair MacLean, and a final pinch of piratical swashbuckling. Leave to marinate for fifty years and what do you get?

A psyche with a deep love of the weird in its most basic forms, and the urge to beat up monsters.

This is a constantly changing list as the years go by. At one time it was Lovecraft then everybody else, but my tastes have evolved. I still find myself going back to an older time in much of my reading; William Hope Hodgson, M. R. James, Arthur Conan Doyle and A.E. Merritt all figure large. Of the more modern writers, Ramsey Campbell has been a constant for many years, Stephen King to a lesser extent although I still read everything he publishes, just a bit less enthusiastically than I used to. I wish Clive Barker would return to full blown horror as I loved his earlier work.

Of the new batch, Gary McMahon impresses me greatly. He’s turning out a body of remarkably entertaining while at the same time bleak as hell work that speaks to me. 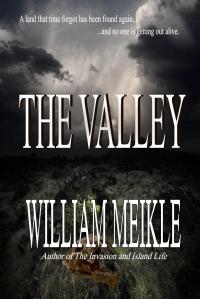 Here’s five. Ask me tomorrow and you’ll get a different list 🙂

The House on the Borderland — William Hope Hodgson

I am Legend — Richard Matheson

I love the feel of paperbacks (and hardcovers), always have since I was a boy. I still have an early Twentieth Century edition of Treasure Island that just feels, smells and looks like a real book. That’s something you don’t get with ebooks.

There is something to be said for the convenience of being able to carry a whole library around, especially on long haul flights or commutes. But for me, it’s not quite as satisfying a reading exerience. I find it harder to get lost in ebooks—probably a result of too many years experience in the paperback form.

I can’t deny that the ebook revolution has been kind to me, opening up a new market, boosting my book sales substantially and in the process allowing me to do this full time, so I’ll always be grateful for that.

A recommendation from a trusted friend, or failing that, a killer cover and a blurb that made it sound like something I’d read. I’m wary these days, having read a lot of crap in recent years.

William Hope Hodgson’s Carnacki.resonated with me immediately on my first reading many years ago. Several of the stories have a Lovecraftian viewpoint, with cosmic entities that have no regard for the doings of mankind. The background Hodgson proposes fits with some of my own viewpoint on the ways the Universe might function, and the slightly formal Edwardian language seems to be a “voice” I fall into naturally.

Carnacki likes a drink and a smoke, and a hearty meal with his friends gathered round. This dovetails perfectly with my own idea of a good time. And although I no longer smoke, witing about characters who do allows me a small vicarious reminder of my own younger days. I wish I had Carnacki’s library, his toys, but most of all, I envy him his regular visits from his tight group of friends, all more than willing to listen to his tales of adventure into the weird places of the world while drinking his Scotch and smoking his cigarettes.

I’ve tried writing outlines, both for short stories and novels, but I’ve never stuck to one yet. My fingers get a direct line to the muse and I continually find myself being surprised at the outcome. Thanks to South Park, I call them my “Oh shit, I’ve killed Kenny” moments, and when they happen, I know I’m doing the right thing.

All the time—I love it. They squabble, go in the huff and start fights, just like real people. But I’m always in control. If I wasn’t, I think it would be a form of madness that might engulf me completely and see me lost in a wee world inside my head.

I usually have music on—not just when I’m writing, but all the time. While writing it tends to be the less noisy stuff—British folk music and acoustic delta blues are regulars in the CD player, and lately The Civil Wars and Mumford and Sons have joined the rotation. 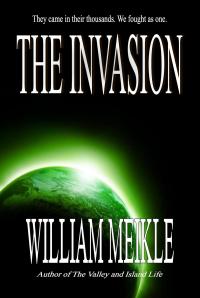 It depends whether the story needs it. Some fly by without any hint of research needed while others see me hip-deep in science abstracts and journals. I don’t mind the research at all—I have a science degree in my youth so it doesn’t feel like an onerous task when it’s needed.

I keep up with trends as much as I can – fifteen years ago I got on the internet and started posting on USENET. Today it’s both Facebook and Twitter and anywhere else I can jump up and down and wave.

But to be facetious, the best thing I can do is grow a readership, one reader at a time, and keep delivering entertaining stories.

The fact that I’m never satisfied.

It’s always been the big deal that I’ve had in mind; name in lights, flash car and books on shelves all over the world.

Up front, let me say I have few pretensions. I’m not a literary writer. I don’t spend days musing over “le mot juste”. I just get on and tell the story to the best of my ability. That has led to me being called a hack, but if a hack is someone who values storytelling above literary merit, then I suppose that’s what I am.

I know I’m capable of producing readable fiction, quickly. I’ve written twenty two novels in the last fifteen years, and had eighteen (so far) published in the genre presses. And there lies one of the things I’ve been thinking about.

I’m unsure about my eye for the market. I write what I want to write, producing books that I would want to read. But I’m a fifty-something man steeped in pulp fiction from an early age. I want the big deal, to see my books on shelves in shops all over the world. That’s always been the dream, but my obsessions just don’t cut it in the wider marketplace.

I’m not dissing my small press publishers. I’m eternally grateful to them, and they make me warm and fuzzy happy.

But there’s still that big dream to keep pursuing. Over the last couple of years I tried to write in different genres, different styles, but I was never comfortable. Once I realised that it wasn’t working, and went back to the pulp, it felt like meeting an old friend. But pulp doesn’t bring the big dream any closer to reality.

So I have this dichotomy in my brain… writing pulp makes me happy. Having the big dream depresses me.

I still have the gap between them to fill. And I’m still unsure if there’s a way to close it.

You can get your copy of The Invasion from Amazon.com as well as The Valley.