2013 – The planet has been fried by solar flares turning it into a desert. The surviving population has been affected by solar radiation, turning them into Zombies. Only a handful of people remain unaffected. A family of civilians, guided by a crack army unit who has seen more action than they can handle, must make their way to the safety of a UN base at the South Pole called New Atlantis.

But can they make it to this oasis alive or will they only reach it as the undead?

Oasis will be available from 16th July 2012 on Amazon and shortly after on Wizards Tower Press. 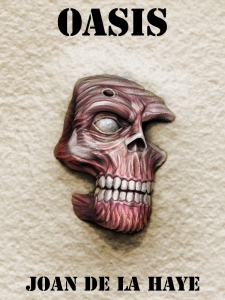 Joan’s Novel with Fox Spirit ‘Requiem in E Sharp’ came out earlier this month and is already available. A review of Requiem can be found at ‘A Knife and A Quill’ http://aknifeandaquill.wordpress.com/2012/07/09/review-requiem-in-e-sharp/